7 Rivers Alliance Board of Directors - 2017-present 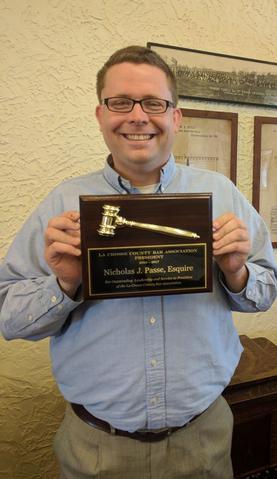 Nick was born in La Crosse in 1979. After attending Holy Trinity Elementary, Aquinas Middle School and Aquinas and Central High Schools, he attended the University of Wisconsin-La Crosse for a year before transferring to the University of Wisconsin in Madison.  While there he interned under Roger Pilon and Timothy Lynch at the Cato Institute's Center for Constitutional Studies in Washington, DC for a semester and served as an intern for State Senator Alberta Darling while working odd jobs at Wisconsin Public Radio and as a legal secretary for Foley & Lardner, a large Madison law firm.

After graduating in 2002, Nick moved to Oregon and attended the University of Oregon School of Law from 2003-2006.  While there he clerked for a circuit court judge and interned for two District Attorney's offices, gaining lots of courtroom and trial experience.

Nick began practicing law in La Crosse, Wisconsin in October 2006 and was hired by Moen Sheehan Meyer, Ltd. in April 2007.  After 8 1/2 years there practicing in State, Municipal and Appellate Courts, Nick started the Passe Law Office with the goal of providing great legal services to all clients.

Trivia: Nick has a family history in the La Crosse legal community stretching back over 100 years.  Nick's great-great grandfather was Deputy Secretary of the Navy (under Theodore Roosevelt) Robert Cowie.  Robert Cowie then became Trempealeau County District Attorney and then Trempealeau County Judge.  Cowie next moved to La Crosse and founded the predecessor firm to Hale, Skemp, Hanson, Skemp & Sleik, named Cowie & Hale, before being elected as Circuit Court Judge in La Crosse, a position he held until his death in 1951.  Nick's grandfather, Joe Becker, began practicing law in La Crosse in 1953.   He practiced with a number of firms and was heavily involved with the Housing Authority of the City of La Crosse, ultimately retiring from Sauer, Becker, Flanagan & Lynch in 1997.  Nick's aunt, Bridget Rabb, is also a Wisconsin attorney.  Nick's sister, Gretchen Passe Roin, is an attorney in Boston, MA and is married to Benjamin Roin, an intellectual property professor at MIT.  Nick continues his family history of providing top-notch legal representation in La Crosse, and of professional leadership and civic involvement. 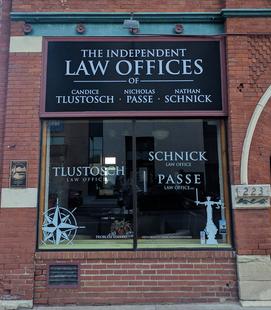 Nick has been judged to have the highest level of ethics and legal knowledge by an anonymous peer review process. (2013-present)